Sorry for my lack of update last week.  Nothing really exciting happened – banked another nice 90 mile training week including 3 good sessions and a solid 18mile long run.  I had to rearrange my training week slightly as I was off down to London for our works Christmas party on the weekend, so I planned for the Sunday to be my rest day just in case I had one too many lemonades and also as I didn’t fancy having to get up early and run 18 miles around central London or wait until I got home early evening and then have to go out so it made much more sense to do my long run on Friday morning before going to work.

The Christmas party gave me the opportunity to let my hair down a bit and enjoy throwing some crazy shapes on the dance floor!  A lot of athletes forget that there is more to life than training and racing and never allow themselves to enjoy the occasional night out as they are too scared it may affect their next performance.  I admit, I have been guilty of this in the past, but as ive got older and became more confident in my training and myself I have also realised that too much work and not enough play is a bad formula.  I’m not saying that its ok for athletes to go out partying every weekend but there is nothing wrong with enjoying yourself once in a while. 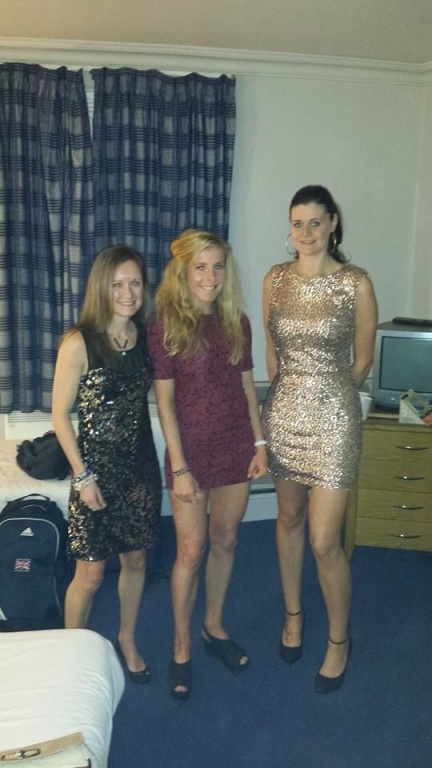 I’m not a huge party person. But once in a while I do like to let my hair down and enjoy myself and this was the perfect opportunity to do just that.  The party was great; I had an awesome night meeting loads of folk from other stores around the country who I normally only get the chance to chat to on the phone looking for stock.  I took full advantage of the free bar and was very pleased the next morning that I had planned a rest day.  Big thanks to our MD Nick Pearson for hosting the party and for inviting me along! 🙂

This last week has been an easy week training wise culminating in the North East Championships.  I knew that if I wanted to stand any chance of challenging for the title that I would have to make sure I was pretty fresh legged and well recovered so I dropped my training down to about 70 miles for the week and just did one short, sharp session on the Tuesday with the rest of the week being shorter easy runs.

I ended up 2nd in the race, which whilst I hate being beaten, I am pretty happy with my performance.  I was up against a great cross country runner, Rosie Smith.  I went into the race knowing how tough she would be to beat and not really holding out much hope of doing so but willing to give it my very best go.

The course was a good tough cross country course – lots of mud, some good sharp hills and some nice gale force wind gusts thrown in!!  Rosie and I ran neck and neck for the first lap but when she put in a burst going into the wind at the end of the first lap I didn’t have the strength to respond.   I hoped that I would pull her back over the next 2.5 miles but unfortunately didn’t manage to.  Coming into the final half mile someone shouted she had a 20 second gap on me, coming round the final 400m this gap was down to 17 seconds then at the end it was only 11 seconds so I did close in well but left it too late.  At the end of the day Rosie deserved to win, she was the stronger and better runner on the day.  Like I say I’m pleased with my run and when I saw that I had covered the 8.4km course in 29.20 I was even more pleased as that’s not hanging around pace on the country! 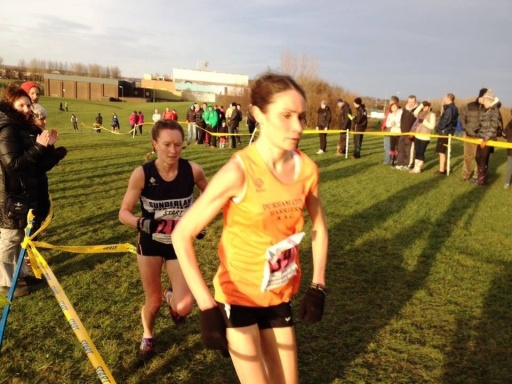 That was probably my penultimate cross country race of the season.  I’m off to Kenya for a training camp in mid January so I will miss the next harrier league.  I come back the day before the Nationals down in Nottingham which I do currently plan on running but will have to see how I feel after all of the travel.  My 2nd place on Saturday does gain me automatic selection to the North East team for the Inter County Championships in Birmingham in early March but I think by then I will be more focussed on the roads again with having the Reading Half Marathon planned for the week before where I hope to gain selection for the World Half Marathon Championships for later that month. 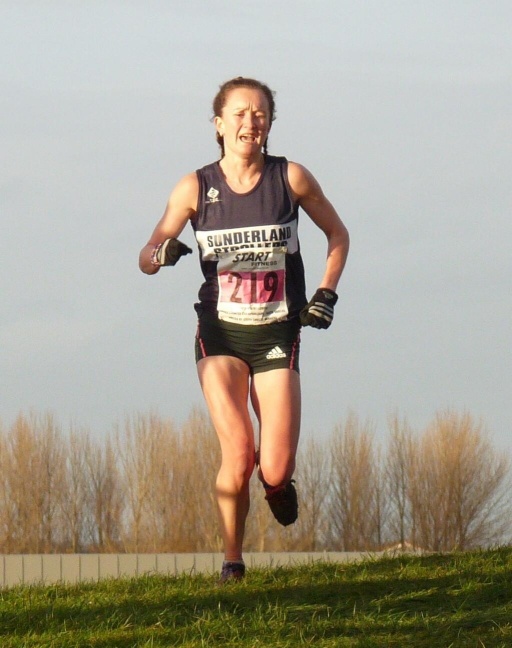 This weekend I return to the roads to hopefully gain a hattrick of victories at the Saltwell Road Race.  Saltwell if a tough road race – 3 laps around the park and its outskirts with 2 or 3 tough climbs each lap.  It’s always a good workout though and with it being the oldest road race in England it’s always nice to add your name to the winner trophy.  Mike McLeod famously won this race in 16 successive years (1974-1989) which I believe is a world record for the number of consecutive wins in one race.  For me a hattrick of victories will be great but I will never be able to challenge Mikes 16 wins

Outside of running I am quite busy with work. With Christmas just over a week away the shop is getting quite busy and I am putting in the hours there.  I am yet to do my Christmas shopping but I’m off work tomorrow so I hope to blitz it all then.  My biggest problem is that I don’t know what to buy people, I might just kit everyone out in Adidas hoodies! 🙂