Rest is training too…

Sorry, it’s been a few weeks since I’ve updated things, but to be honest not much has happened for me to tell you about.  A week after Copenhagen I raced Brighton 10k which I won in a lovely new PB of 32.35.  Was a little disappointed not to run 6 seconds faster as there was a nice cash bonus for breaking 32.30 but it was a big PB so can’t really complain too much. 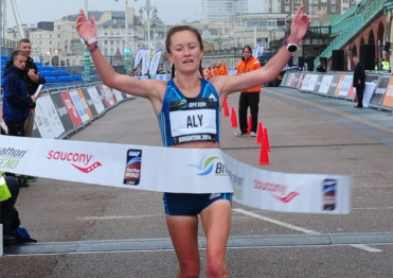 After Copenhagen I had come down with a bit of a head cold.  It kind of hung around for a few days and then hit me on the Thursday before Brighton.  As it was just a head cold I still travelled down to the South coast and waited until the Sunday morning to see how I was before making my final decision to race or not.  Thankfully I was feeling a lot better and my nose had dried up a bit so I took to the start-line and thankfully things turned out well.  Had the race been any further than 10k and I would have withdrawn as soon as the cold hit me but for a 10k as long as the cold was just a head cold and not hit my chest you can sometimes take a risk.  I had a planned rest week the week after so I knew that this would let me recover from the cold before hitting marathon training again.

I’m always telling runners not to be afraid to rest.  Rest is just as important in your training as the hard sessions and miles.  I’ve just enjoyed a nice rest week.  Many people were surprised to hear that I was taking a week completely off running at a point when I had just ran two of my best races ever.  But after putting in a lot of hard training since the start of the year and with the prospect of a summer marathon on the cards I felt that this was a good time to take some time off to recharge both mentally and physically.

It is hard to step back and rest when you are running well but it is worth it in the long run. A common mistake that many runners make is to keep pushing on hard when they hit a patch of good form and end up over doing things. No matter who you are you can’t expect to keep pounding your body with miles and miles of training and hard racing.  Many of the top runners will take time off after a marathon or a track/cross country season.  If gives them the chance to enjoy the things in life which they normally don’t get to do like going out with friends and eating whatever they want without having to worry about their next training sessions.

People think that by not running for a week or two that they will lose all the fitness they have spent the winter building up but this isn’t the case.  Yeah you may feel a little rusty once you start back, I know I did. But if you have trained correctly and built up a good base than you won’t have lost any fitness.  What you need to remember though is that you can’t expect to just jump back into where you left off.  As well as a rest week you need to take a week or two of just steady running to build back into things, a bit like a reverse taper.  During this period your training should be based on building your miles back up along with a few tempo paced efforts rather than flat out hard efforts.  After a few weeks you’ll be back up to where you left off and ready to hit another block of hard training ready to hit more PBs in the summer and beyond. 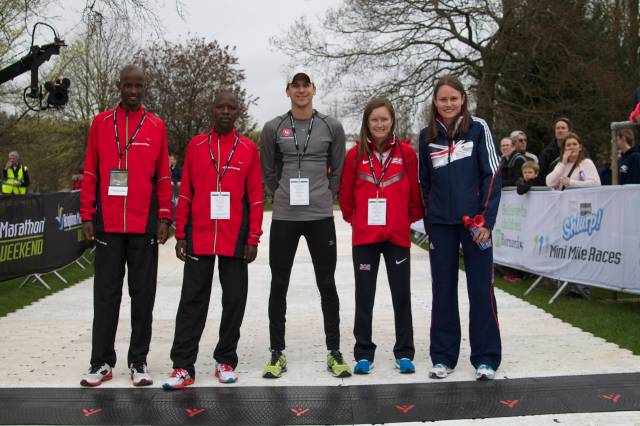 I did make the mistake of trying to jump straight back into training last week and suffered for it.  I tried a fast track session on my second day back and had to stop after just 2 reps as I was nowhere near my target times.  I then tried to race a 2.2mile relay leg on Friday and whilst I performed solidly, I was again nowhere near as fast as I should have been.  In fact I found it hard to run half marathon pace for the short distance.  This hasn’t panicked me as I know why I am feeling like this and I know how to rectify it – lots of steady miles and tempo efforts for a few weeks.

Yesterday I ran the Great Edinburgh Run.  I love running in the Great Run series of races as you always know that the Nova boys will look after you well.  This year they changed the distance of the Edinburgh run to 10 miles.  I looked at the little video which was on their website showing you the highlights of the course and did notice the guy using the word ‘up’ a lot.  I figured this was just a figure of speech and expected a few climbs but nothing like what actually met us round the streets of Edinburgh.  I think the best way to describe the course is brutal! Hardly any flat sections and the downhill sections that were included were often quite sharp so you couldn’t really get much benefit from them.  It honestly felt like we climbed up and up right the way to 9 miles before dropping down to about 9.75miles and another incline for the last 400m!

I had hoped that I’d be able to have a decent run but the course just didn’t suit me at all.  I hate hills and because of my running technique I am not very good on them.  Girls who I am normally ahead of in races will well and truly beat me on hills.  I did have a poor race but all credit to Gemma and Susan for running good times on such a tough course.

So for me it’s back to basics, for a while making sure I build a good base for myself.  I start marathon training next week and will be doing a few races over the next month but they won’t be flat out PB chasers, they will be more tempo paced and used as hard workouts to help get the fitness boosted before the longer more marathon specific workouts start in June.

The eagle eyed among you will have noticed that I’ve just said  marathon training is about to begin again.  As you will probably know by now I have been targeting the Commonwealth Games marathon in July for a long time now.  As I write this I am still not certain of a place on the team as selections do not take place until 2nd June but I am currently the fastest English girl within the allocated time frame for selection so fingers crossed that come 2nd June I will be receiving a very positive phone call from the lovely guys at England Athletics.  Until then though it’s a bit of a nervous wait, there is nothing more I can do apart from start my preparations and ensure that I am in the best possible shape come 27th July should I get the nod.

4 Responses to Rest is training too…