Finally, after a mammoth 34 hours of travelling, I’m safely back home from the 2018, Commonwealth Games which was held on Gold Coast, Australia. What an amazing experience I’ve had!

This was my second Commonwealth Games and after running at the Rio Olympics in 2016 and then the World Championships in London Last year Gold Coast was really going to have to pull out all the stops to challenge the atmosphere of those two. And boy did it pull out those stops!

This was my first time in Australia and from the two week holding camp in Brisbane to a week in Gold Coast for the Games I absolutely loved every second.
I’ll be honest with you all and say that my whole preparations for these Games hadn’t gone great. In fact far from it. To the point that the week before I was due to fly out to Australia I had the Team managers number on my phone screen about to ring and say I was withdrawing from the Team. 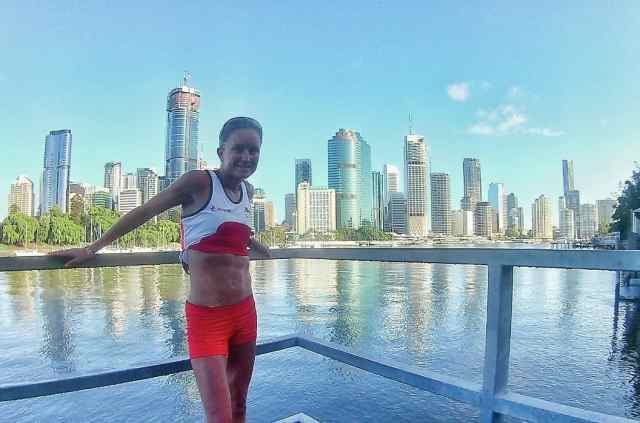 After what happened to me in Glasgow and the way I’ve been running the last 3 years I desperately wanted a medal here. And that was my downfall. Sometimes we want things too much and we do ourselves damage trying to achieve our goals. In my quest to do the best I could at the Games I over did things. I trained really well out in Kenya and came back in good shape ready to start my marathon phase. I stupidly let myself get carried away with my mileage. I was feeling fit and sessions were going well and I got caught in the ‘just a few more miles’ trap. I ended up running a total of 256 miles in those first two weeks back. 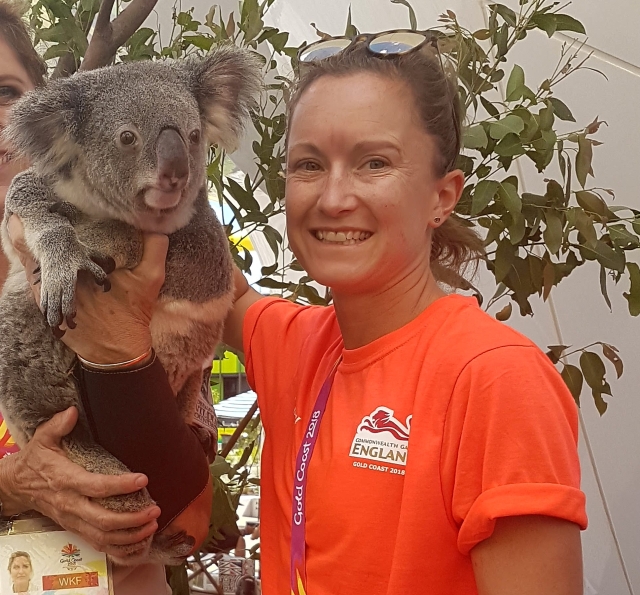 The quality of my running started to suffer but at first I put it down to the freezing cold weather slowing me down. It took a trip to Seville in late February to pace the marathon for me to realise that something wasn’t right. I was knackered. I was sleeping 11-12 hours a night plus a 90 minute afternoon nap. My heart rate was ridiculously low hovering around 31-33 bpm at rest – not always a good thing. I struggled to run a pace I should be able to hit easily.

Thankfully once I got out to Brisbane things did start to pick up. Once I got used to the Hugh heat and intense humidity my runs started to feel better and I managed to do a couple of light but faster sessions. At this point I was pretty much in taper so it was a case of less is more and just concentrate on getting to the start line in a positive frame of mind and then hoping for the best. I did a final long run with some tempo efforts thrown in and thankfully that went well. It was the best I’d felt since February. Maybe I could pull this off after all?! 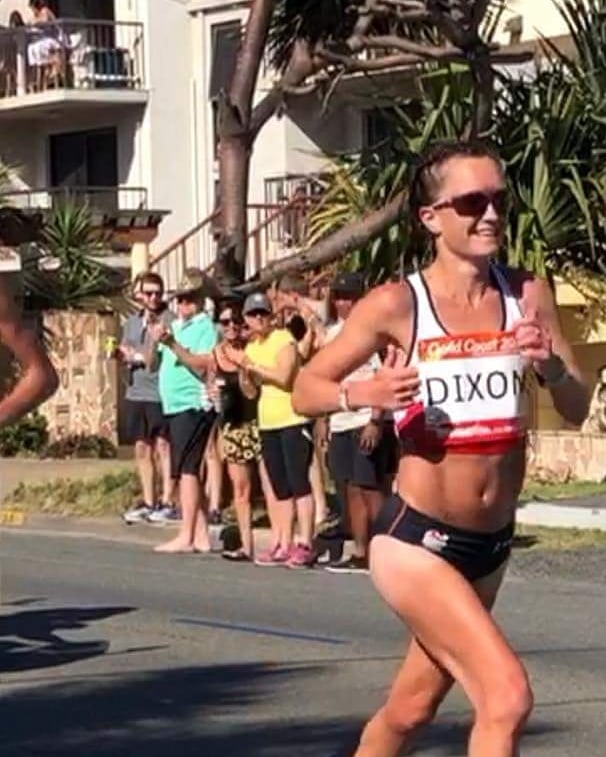 Come race day and temperatures were set to sore into the mid to high 20s with humidity above 90% even with the early 7.20am start. The race set off slow, the first 5k was outside 19 minutes but then it kicked on.
There was a big group of us at the front and I started to struggle quite early on at 8 miles. I thought that was me dead and buried but I went passed my family in the crowd at Broadbeach and instantly got a second wind and managed to pull myself back up to the lead group by 11 miles. I sat comfortably in the group of 6 through to about 23k and then one of the Aussies pushed on and I knew I couldn’t go with the pace. I let 4 of them go and hoped that a couple would come back to me but that was the last I saw of them.

The last 10k was a death march. Temperatures were still rising and despite pouring water over myself every 1.5 miles and running through the mist stations I could feel myself over heating. The lack of training was starting to catch up on me and it was just a case of keep putting one foot in front of the other. I knew I was comfortably in 6th position and had a glance round to see if I was going to be caught but there was no one in sight.
My legs only just made it to the finish line. I’d even took my 40k gel, which I never do, to give me every little help of getting there. I wasn’t in That bad a state but medical put me in a wheelchair to get me to the cool recovery tent quicker. Put an ice towel round my neck and over my head and after a bottle of coke I was up and chatting to media.

Initially I was disappointed with my 6th place but at the same time I was so happy and relieved to have made it to the finish. Marathons are tough when you’ve done the correct preparation but being under prepared and in those conditions was just plain brutal. It really was a war of attrition. On reflection I’m happy with 6th. I know I can’t sit here and think what if I’d been fully fit with a much better prep because I wasn’t so I’ll never know. I put to bed the ghost of Glasgow and I’ve came out of it pretty much unscathed.
What happened in the men’s race in the half hour after I had finished shows that with the marathon no matter how well prepared you are anything can happen on the day, especially in those conditions.
It was absolutely heart breaking watching poor Callum suffer the way he did. I was in the athlete tent about a mile away and we were screaming at the event staff to get someone there to help him. I was fearing the worst so much that I even tried to put my shoes back on and run down to help him myself. Thankfully someone got there before I managed to get my shoes back on. I was relieved to hear from him later on that evening saying that he was feeling much better. I can’t believe how he went from cruising along shouting encouragement to me as we passed out other in opposite directions to being in that state. He’s one tough warrior and thankfully will come back and fight another battle, as will I!